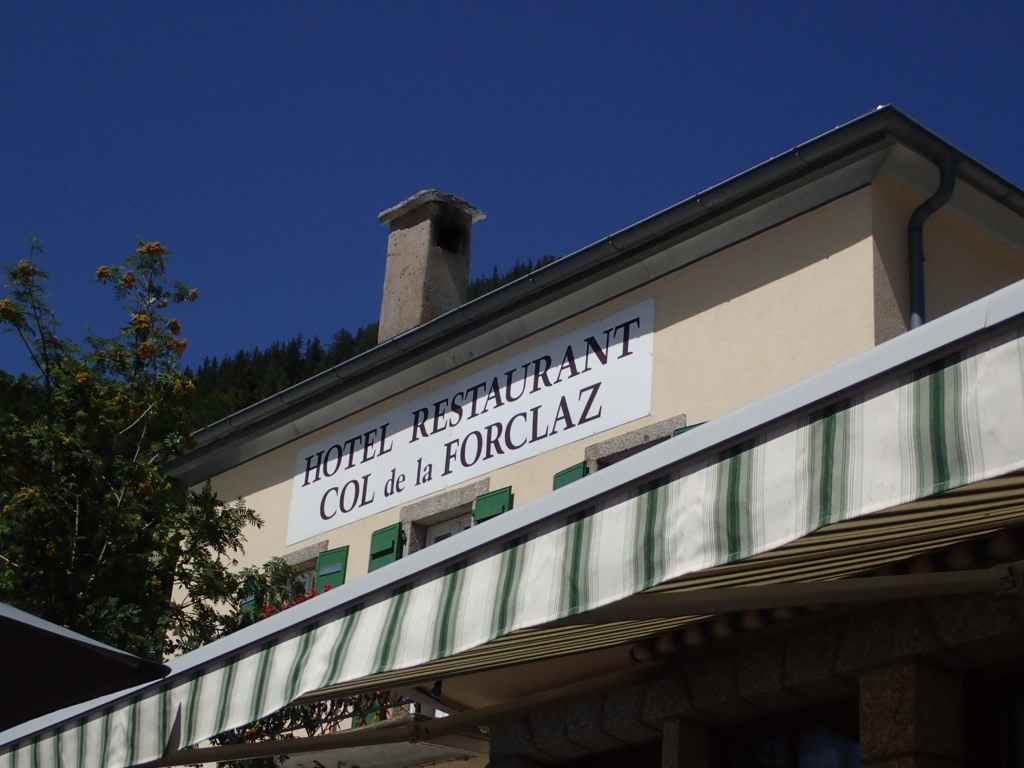 The sun rises while we await breakfast a hotter day is forecast. A decision as to route will have to be made at the end of the lac. To go high but potentially cooler though with more effort or stay low , relatively speaking at around 2000m. When we arrive at the split Tony, Andy and Paul head up. The rest head round through woods and soon encounter a cafe stop and do! Even though it is only 9.30.
The low group are heading for Bovine at about 2000m. The high group to Fenetre d’arpette at 2,600m. They will hit the steep part at the top about 12.30, there is no shade up there.
The low group ascend steadily there are steep bits and less steep and shade and sun. By 12.30 we reach the appropriately named Bovine where a large herd with a bull who is hot for his duty surrounds the café run by a family who sell beer soft drinks and fondue probably from their own cows. Another half km and we stop for our lunch at the high point of our day where a patch of steep shade provides relief. The descent is reasonably gentle but hafeay down Tim developed nosebleed and discovers it is difficult to use a pair of poles while pressing on his nose. Eventually his platelets are called to their duty and it stops. Don’t poke it!
We get to the Col de Decathlon oops no Forclaz! and beer is in order. Only about 2km and 300m to our lodging in the valley. No sign of Tony Andy and Paul yet.