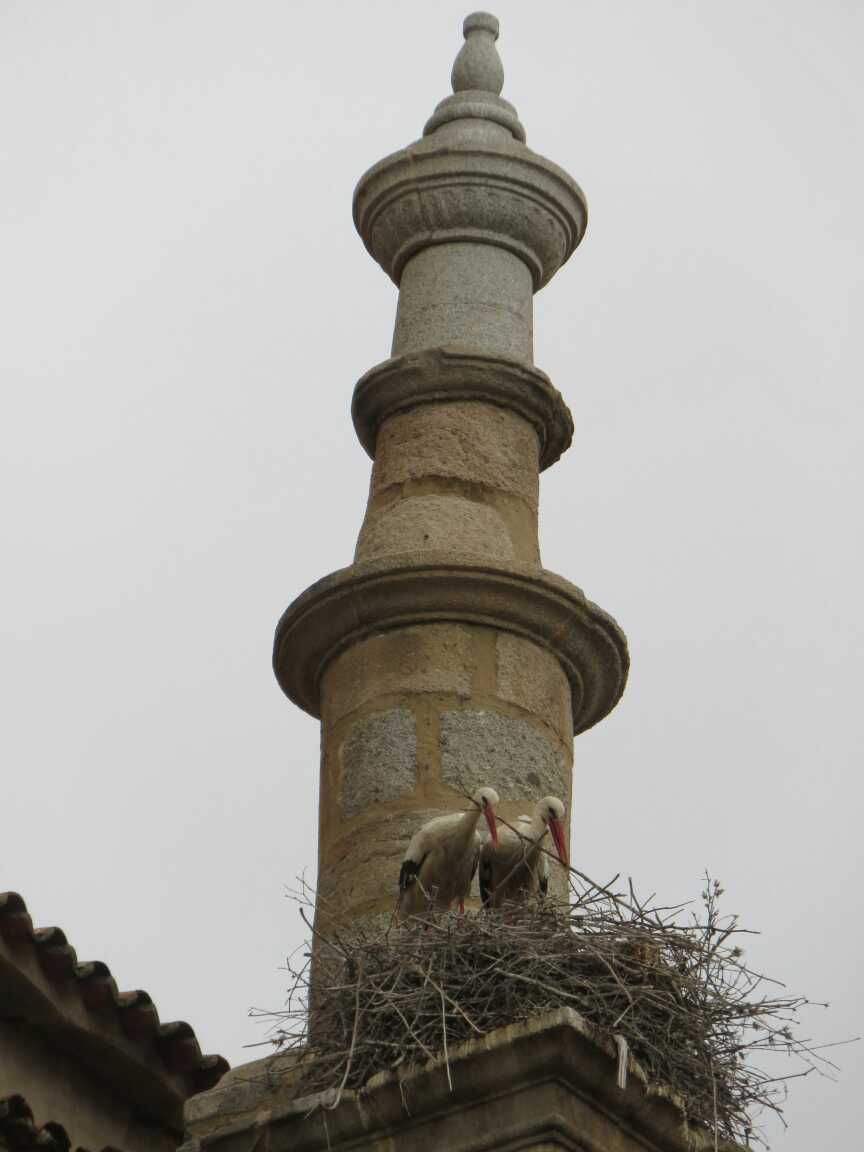 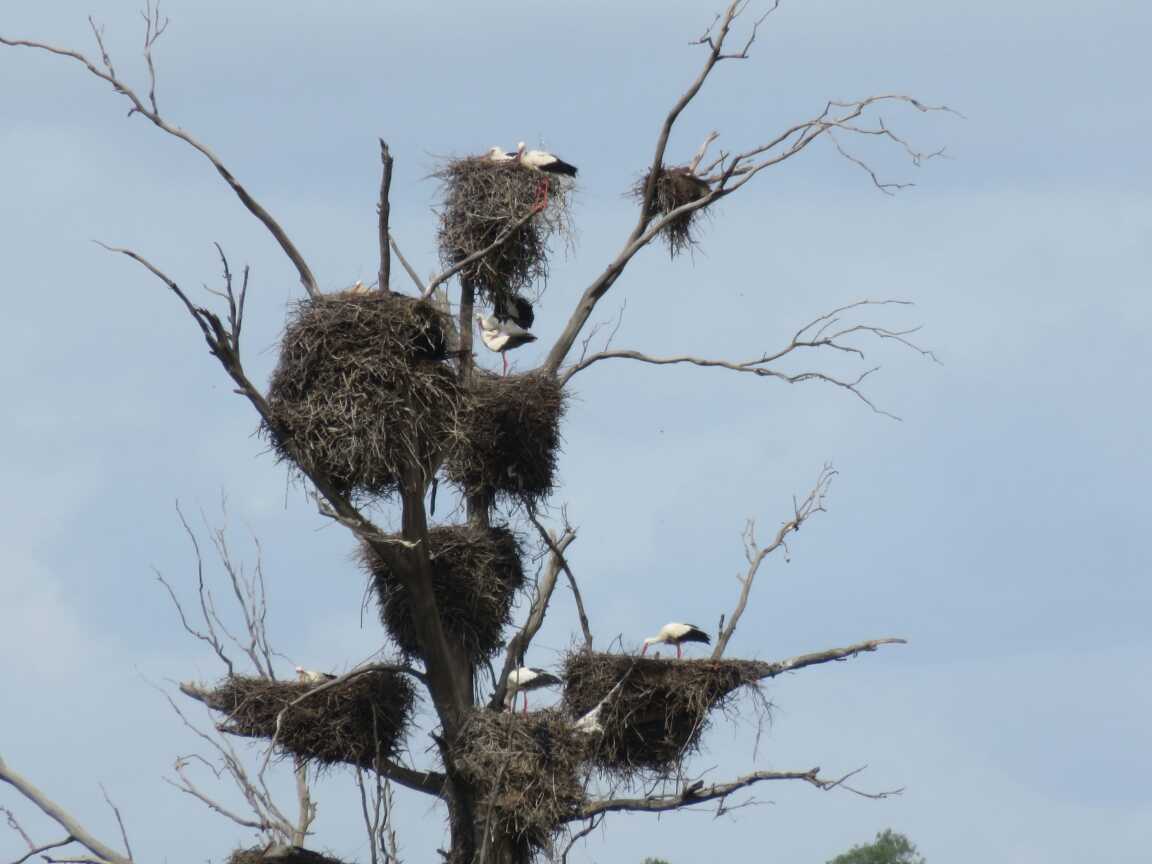 Ciconia Ciconia the White Stork.
Tony and Betsy have been photographing these birds everyday since we encountered them once we moved out of the dry coastal 100 miles or so. From just before Granada onward they have been a constant presence.

These birds are sub Saharan migrants that were in decline in Spain before conservation measures produced a good recovery. We have enjoyed seeing the occupy their traditional rooftops on churches and chasing frogs in irrigated fields. The beak clacking and aerial displays between partners and other close nesting couples are great viewing.
We have seen multiple nest sites on single buildings often also occupied by sparrows as lodgers.
The final picture is of three well placed storks.