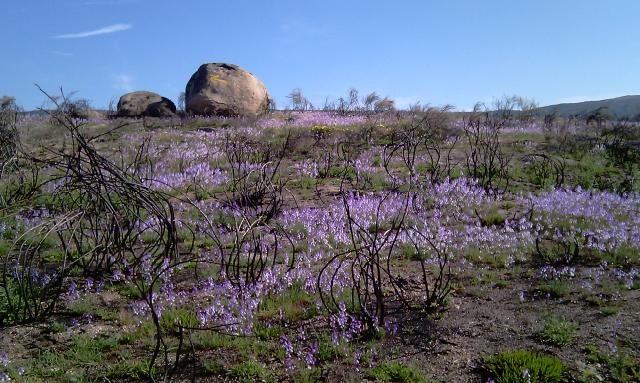 29.5 Tuesday. Lubian to A Gudina.
The second day over a col, 1250m ish from Lubian at 1050m with some descent first, Portela de Canda. We off load Betsy again, and splash our way up a stream bed! We are now almost in Galicia and large granite slabs have been placed in the otherwise eroded streambed, this is good, unhappily most of them are an inch or two underwater. Eventually we reach the col and stop in the early sun for breakfast, the almost regulation madelanas (little cakes) and orange juice.
We started earlier than expected as a group leaving at 5.45 got up at 4.45 and were unable to leave without 1hr of torches talking and multiple entry/exits from dormitory to single toilet for 16. So we got up and did our usual, by now silent exit, the suspect taxigrinos were still in bunks downstairs when we left.
We get coffee in the little village of Villavella, strangely this has a smart ghostlike four star hotel, with an open bar/cafe, strange, 21st C opulence and ruined deserted houses in the same place.
We should introduce a fellow pilgrim at this stage, Fabricio, a hard core Piligrino Totale as he calls himself, on a circuit of the caminos for the third time over 2-3years. A spaniard he has worked in UK in chicken processing in Norfolk, and salmon processing in Scotland, so has reasonable English. We have been gradually getting to know him over the last week. He arrived at the alburgue yesterday mid afternoon after several walkers had been told it was full. After Tony told him our suspicions of the taxigrinos he harangued them and then spent the night on a mattress between their bunks to make the point. As we left he shot upstairs for two hours quiet sleep in vacated bunks. We next met him entering A Gudina at the same time as us, a little moist, he had left after seeing the four taxigrinos leave by car and saw two of them on the camino outside this town 6 hours later looking fresh, he gave a hard stare and strode past, we have not seen them since.
It is their loss they may not have seen the most beautiful countryside since leaving the dehesa, an area of heathland with large boulders reminiscent of the Dark Peak outside Sheffield, has been burnt (probably as deliberate management) and has burst into purple blooming of a small flower covering the ground between blackened broom remnants and boulders with colour. We walk through this for 30mins stopping frequently for photos. When we leave the burnt area the profuse blooming of these small flowers stops almost completely. Soon after we stop for oranges and soon are walking down off the moor into the town of A Gudina.
24km 6.30hrs