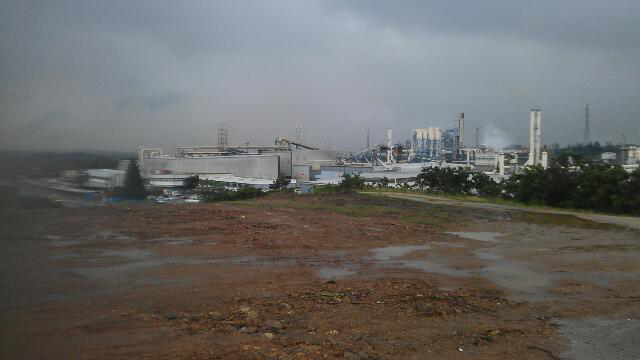 Our third visit to Santiago has proved most successful with opportunities to do several things we regretted having missed before. The first of these was attending the pilgrim mass in the cathedral shortly after our arrival. The congregation were coached by a singing nun before the service began so that audience participation would be up to standard, and she also led the singing beautifully. The list of arriving peregrinos included “3 English from gibraltar” and, best of all, the magnificent botofumeiro was put through its swinging & smoking routine, passing very closely above our heads. We heard later that a group of elderly lawyers had paid 400 euros to have this ritual on a day it wouldn’t normally have been performed. Lucky us.
The following morning we went on the cathedral rooftop tour (which Tim had booked for us the necessary day in advance while we were at the mass). Most impressive, actually wandering around on the sloping roof – great views and plenty of interesting info from our guide. Health and safety – hmm! Apparently there used to be 20 recognized places around the city for the pilgrims to burn their dirty ragged clothing and one of these still exists on the cathedral roof – a small walled enclosure with an interesting mix of Moorish and Christian styles. Although we had been pointed out to a tour group as authentic peregrinos we didn’t rise to the occasion and remove and burn our clothes!
Our third achievement was finding the right place to queue for a free meal – at the Santiago Parador hotel. As numbers 8 and 9 in the queue, clutching our compostellas we were entitled to eat at no cost at (probably) the most expensive hotel in the city! The provision of free meals for up to 10 pilgrims 3 times a day is a condition which the Parador chain are required to fulfil for ever to allow them the use of the building. Admittedly the meal was obtained directly from the kitchen and was staff fare, not haute cuisine, but it’s definitely on the list of things a pilgrim should try and do. And we were not at all surprised to see that Peregrino Total (aka Fabrizio) was the last person to sign the book before us.
On a more practical note, I managed at last to buy some new waterproof overtrousers – very cheap because the only ones which fitted were children’s!
We bumped into Kim the Canadian again and said some more farewells, but were surprised by how few others we recognized during the day.
An earlier night than the previous one, time to pack up again ready to move on in the morning.
Up and out by 7:30 this morning and we found one of my favorite breakfasts – freshly squeezed orange juice, giant croissant and coffee so, suitably fuelled, we set out for a relatively short day – the first of the 3 final days to A Coruna. The first half of the walk was out through suburbs and industrial estates with persistent rain (thank goodness for the new overtrousers!) And the second half we zigzagged through freshly washed Galician countryside in bright sunshine. We were surprised by the number of people we met (going of course in the opposite direction to us), including a chatty American who seemed fairly sure we must be lost, and a friendly couple who assured us that Tim was alive, well, cheerful and striding out rapidly when they met him yesterday.
A good wildlife moment shortly before we arrived in Sigueiro – a very cute red squirrel crossed the track in front of us and then paused to watch us for a few seconds.
Haven’t yet managed to try the trout that Tim recommended very highly, but our cheap lunch menu at 8 euros did include an excellent bowl of fabada – Spanish bean stew with some carrots, potatoes and lumps of meat and chorizo.
Sigueiro turns out to have many shops and restaurants but very little else of interest. A plate of the crispy little trout made a tasty evening snack to round off the day.