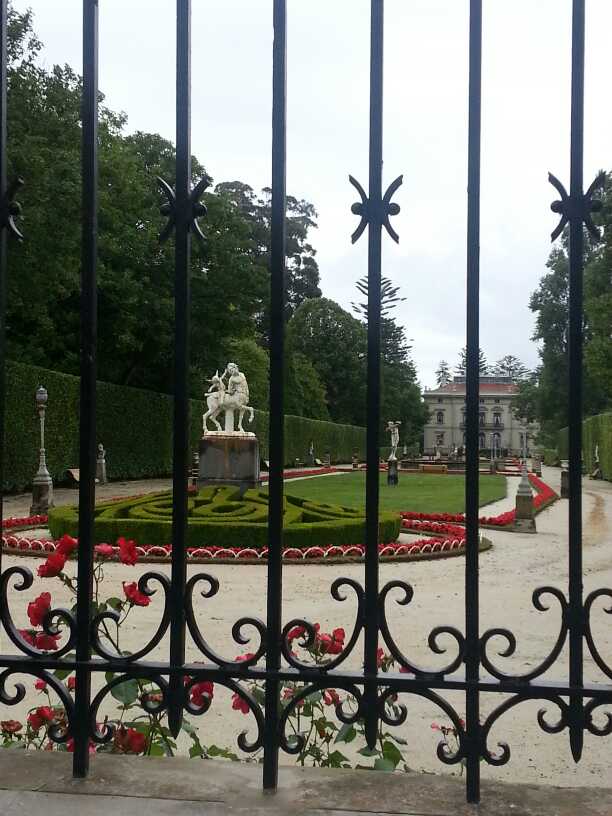 6.07.14 Sunday Domingo. Aronces to San Pedro de Ribero.
The promised rain arrived about 4am and continued till 9 or 10. We slept in and had a short day planned. This worked well first passing through El Pilo with a large well tended stately house and then visiting the town of Cudilero a small fishing village reminiscent of Polperro.
We are now back in coastal rural Asturias after our spell in Dantes Inferno. We walk along country roads and forest tracks across a valley leapt by both the N 623 main road, the newer autoroute and the narrow gauge track of the Feve railway on its viaduct older than both. It is instructive that this northern route as well as the Camino Francais finds the obvious line across difficult terrain such thst all subsequent routes follow it although the ease of passage is better with the more recent civil engineering.
Eventually we find the campsite it is small and full of permanent caravans but room for three small tents. It is Sunday and a proportion of those here will depart in the evening back to their towns