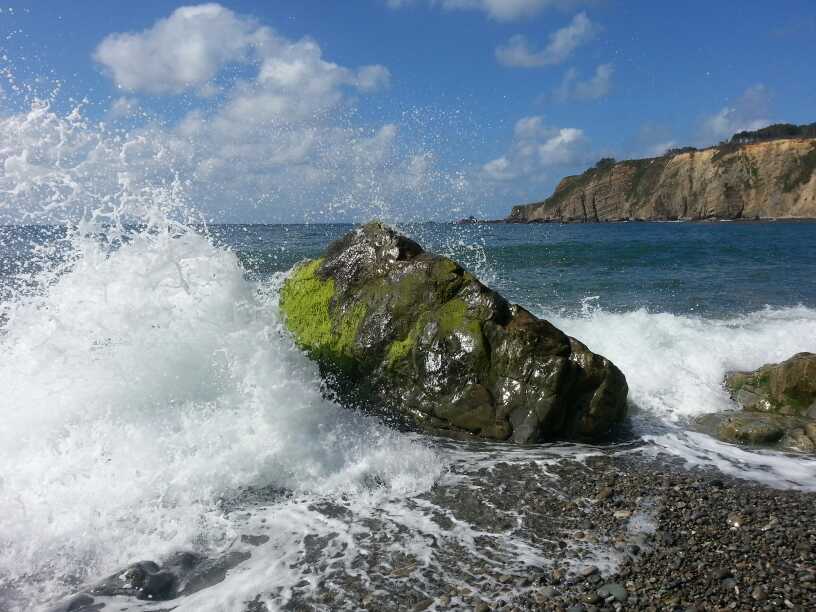 10.07.14 Thursday Cartavio to Penaronda.
We spent the afternoon pleasantly on the nearby rocky and pebbly beach with waterfalls and rock pools. The little truckers pension we stayed in was fine and reasonably priced. At first a race across the tarmac and onto tracks across level country and down into Tarpia de Caseriego, a very pretty beach port.. Shopping and beer later its across thetop of the beach and over the little river and up the other side. Observed today a rather freaky scarecrow and just after a kestrel, a black kite and a large raptor probably a dark morph of a common buzzard.
We arrive over the cliff tops to the beach with its campsite right on a good surf beach. Ray , Tim and Betsy are in the waves as soon as tents pitched and washing done. Very good for sweat rash engendered by carrying rucksacs in heat.
We are told on check in it is a quiet site with early silence. Time will tell!
24 km maybe 500m down and 400m up.