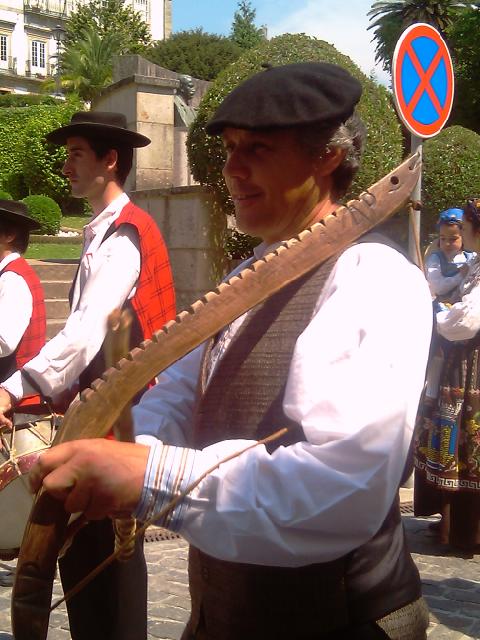 May 23rd Sunday, Domingo.
Today is a big day according to the guide book, so we start early and are out and walking by 0530. We had a good night’s sleep, we were at the back of the residencial but by others’ accounts things did not get too heavy or late.
This is a very pleasant days walking and not quite as long as most accounts, it is mostly large rock paving or cobbles with some dirt tracks. The two ascents are neither long or arduous and the countryside is pleasant and well cultivated with the vines round the edge of the fields even more in evidence than yesterday. The new Portela albergue is functional and opens at four pm, we did not stay there but it looked good from the outside. The only hazard encountered was a near collision with a bunch of cyclists on the dirt track descent from Forcada, they were enjoying themselves. The bar arrived as promised in Corva on the main road. We soon left this and bowled along the flood plain into Ponte da Lima finally entering town along the river through the long line of ancient plane trees under which the fortnightly market takes place (reputedly oldest market in portugal).
In town this afternoon, we see a procession of locals in national costume. There are numerous little bands consisting of accordion player, ukelele, washboards, serrated bits of wood and stick, castanets, triangles and other stuff. A great sound was made.
All were in local costume and carrying local arts and craft. A great display of local tradition. I don’t think that we would be able to put on such a display back on the UK.